The current situation shows that most people often do not know they have high blood pressure (also known as hypertension or hyper-rises). On the other hand, the majority of people who know that hypertension is untreated and even if treated, most people still don’t have good blood pressure control and have to live with it for the rest of their lives.

Hypertension is often called the silent killer because it may not cause any symptoms for many years, is a common disease in the community and increases with age. The disease accounts for 8-12% of the population and patients will have to live with it for a long time. In fact, 1 in 5 people are unaware that they have hypertension. According to statistical data, 1 in 10 patients develop high blood pressure. If one takes into account the age group of the elderly, the higher the incidence is likely to be one-third of people with this disease.

High blood pressure is a condition that leaves you with severe or fatal consequences. The disease can silently damage the heart, lungs, blood vessels, brain, kidneys, etc. as well as be a major risk factor for stroke, myocardial infarction and death. Each year, 17.5 million people die from cardiovascular disease worldwide, more than 4 times: HIV-AIDS, Malaria and Tuberculosis combined.

When you have your blood pressure measured, the result will include two numbers, which look like a fraction, for example 120/80. The number above represents the pressure on the artery while the heart muscle contracts, also known as systolic blood pressure. The number below represents your blood pressure when the heart muscle relaxes between contractions and is called diastolic pressure. A higher number indicates that your heart has to work a lot to pump blood throughout the body.

Blood pressure is measured in millimeters of mercury, abbreviated as mmHg. Any blood pressure reading between 120/80 mmHg and above 90/60 mmHg will be considered normal.

When you have blood pressure above 180/110 mmHg, headache may be the first sign of concern. But, headache symptoms will not appear in case of a slight increase in blood pressure.

The causes of high blood pressure

High blood fat blocks the artery walls, making it difficult for blood to flow, causing blood pressure to rise. The incidence of high blood pressure varies between groups. For example, in the US, African-Americans have a higher number of people than other people, and the number of people hospitalized for this cause is also higher. Experts say this condition is linked to rates of obesity, diabetes and stroke.

High blood pressure is also inherited in families with a family history of hypertension or if you have diabetes. About 60% of people with diabetes will have hypertension.

Pregnancy hypertension is a type of hypertension that occurs in the second half of pregnancy in people who have never had hypertension before. If left untreated, it can lead to a more serious condition than preeclampsia, which is dangerous for both the mother and the fetus. This condition can reduce the amount of blood and oxygen to the fetus and affect the mother’s kidney and brain. After birth, the mother can return to normal blood pressure.

People with hypertension are closely monitored. A number of blood tests will be done, possibly several times to assess the condition of the kidneys and other organs. Occasionally, complication tests may be needed and an ultrasound to view images of the heart or other organs may be performed.

How to prevent high blood pressure?

The first step in treating high blood pressure is to make reasonable lifestyle changes such as diet, exercise and weight loss.

Lifestyle changes can lower blood pressure in some patients. The effect is similar to the drug use. However, besides complying with the general principles such as eating bland, limiting animal fat, abstaining from stimulants, etc., patients often become confused when choosing to use specific foods and drinks. in daily activities.

Not salty, low-salt diets are beneficial. Research for Europeans shows that if you follow a low-salt diet for more than 4 weeks, you will see a decrease in blood pressure, in both normal and hypertensive patients. DASH (Dietary Approaches to Stop Hypertension) diet, a diet rich in chestnuts, fish, poultry, fruits and vegetables that reduce blood pressure; drink less alcohol, coffee and other stimulants … 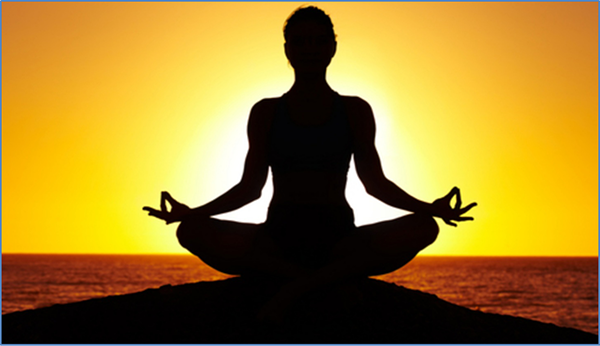 Establish reasonable living habits such as keeping the optimism, walking every day, exercising, getting enough sleep, avoiding strenuous activity or strong emotions … Other treatments to reduce stress Menopause such as biofeedback, relaxation or meditation can treat blood pressure.

Hypertension is a long-term disease. It is important that you take your medication and continue monitoring your blood pressure. Patients need to keep it under control to reduce their risk of stroke, cardiovascular disease and kidney failure.

These groups of drugs are used in the treatment of hypertension: It is known that the best treatment solution currently debated is Cochrane collaboration, WHO and the United States using low-dose thiazide diuretics. The UK guidelines emphasize the use of calcium channel blockers (CCBs) for people over 55 years of age or of African or Caribbean descent, while adolescents should use angiotensin-converting enzyme inhibitors. (ACE-I). In Japan, treatment can be started with one of six groups: CCB, ACEI / ARB, thiazide diuretics, beta-blockers and alpha-blockers. While Canada and Europe are all groups, alpha-blockers are recommended.

High blood pressure: Thought normal ... but "murder" quietly
Why do older people often get high blood pressure?
Things indispensable when you travel but to menstruation
Common problems in the foreskin
12 misunderstandings about Insulin and type 2 diabetes
Positive kidney tonic and 5 things gentlemen need to know
4 principles of esophageal cancer prevention from daily meals
Index of liver enzymes: how high and normal?

Dengue is what disease? Symptoms, diagnosis and treatment

Mistakes in weight loss for people with stomach pain

What is dorsal spondylosis, causes, symptoms

How to get a bigger butt: Unlock Your Glutes

How to lose 10 pounds in 1 month without using drugs

Reasons you should eat kimchi every day

Nutrition for pregnant women in 9 months